This month’s Meal of the Month was submitted Zoe Plakias, a former member of the Member Affairs Committee (she has since moved to Davis, CA to attend school – good luck Zoe!).

I was intrigued by the recipe – because I am gluten-sensitive, and because I love short grain brown rice!  Again, it was a very easy recipe to put together, and cost under $10 (I spent $9.93 and bought the Organic short grain brown rice, the organic GF falafel mix, and the pre-shredded mozzarella cheese in the Cordata Deli).  I didn’t think it would weather well for customer sampling, so I made a batch and had staff sample and got a lot of positive feedback.

I let the rice cool after cooking for about a half hour, and then put it in a bowl with the falafel mix, egg, and cheese.  I wore gloves and just mixed it by hand (the rice was still pretty warm), but you could use a mixing spoon as well, but it is pretty sticky so keep that in mind!

I added the sauce to the large pizza (I am allergic to tomatoes so I made a small one for me to sample!), and then more mozzarella and Parmesan.  You could add more toppings as well, but I wanted to try it in it’s “pure” form!

Yummy - out of the oven!

It smelled even better when it came out of the oven the second time, and it was no problem finding staff to sample it for me!  It was crispy on the bottom, and cheesy gooey on top…a great combination if you ask me!

Since I wasn’t going to sample the pizza for customers, I also got to work making some berry shortcake – Zoe supplied a recipe from the Joy of Cooking (it is included in the Meal of the Month recipe as a bonus), but I love the Swan Bakery’s goodies as well, so I cut up a loaf of the Buttery Shortcake that we sell pre-made by the Bakery, and I also prepared a batch of the Bakery’s GF Pound Cake mix.  Both were excellent, and I have to say that I am very impressed with the GF Pound cake mix – it was light and fluffy and had none of the aftertaste that is unfortunately so common in gluten-free items.  The Bakery really knows what they are doing!

I used both the local organic raspberries (grown by Hopewell Farm – our favorite carrot farmer is branching out, hee hee) as well as local strawberries for the sauce.  All I did was mix them in a bowl and sprinkle a little sugar on them – I then let it sit while I was preparing the pound cake mix.  If you do this the night before, then you have a great berry sauce all ready the next morning (keep it in the fridge).  I took half the berries and threw them in the blender and put them in a squeeze bottle so I could get a nice concentrated berry “shot” on each sample.

I put together the samples at the demo table, with a little whipped cream.  By the way, if you haven’t been able to find me on Fridays, it’s because Aaron, our maintenance guru, built me a great new demo table that is now between Produce and Bulk at the Cordata Co-op.  It’s a great location because it’s right by a lot of the ingredients in the recipes (this is also where the copies of recipes now live if you like to pick them up in the store).

¼ cup falafel mix (Fantastic is NOT GF, but the Organic Mary Jane’s Farm is, although it might raise the cost of the recipe)

4. Bake crust for 15-20 minutes or until lightly browned.

5. Combine pizza sauce and spices and spread over crust.

1. Measure 2 c rice and rinse well in a large bowl.

2. Place rice in heavy saucepan with a tight-fitting lid and cover with 4 c water and a pinch of salt.

3. Bring to a boil over high heat; cover pot and reduce heat to low (just enough to keep it boiling).

5. Let cool, with lid on off the heat for a few minutes before removing the lid.  Fluff rice with fork.

Biscuits – adapted from the Joy of Cooking

2 cups berries of your choice

1. Sift together dry ingredients (excluding nutmeg) in a large bowl.

2. Cut in butter/shortening with a pastry cutter or two knives until pea-sized.

3. Make a well in the center and add milk.

4. Stir until dough comes away from the side of the bowl.

7. Cut out circles of about 2” diameter using a biscuit cutter or an upside down Mason jar.

9. Toss berries with a little sugar, depending on their sweetness.

10. Whip cream. Place on top of biscuits and berries.

You can also purchase a pre-made shortcake from the Swan Bakery, or a bag of GF Pound cake mix! 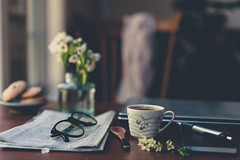 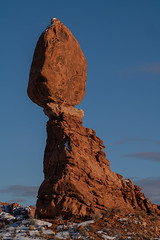 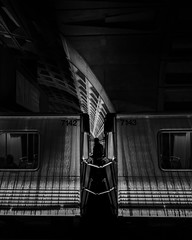